Therapy. It’s a bizarre thing to sit and tell… STUFF…. to someone who doesn’t know you. I think that’s the key. They don’t know you. I mean, I’d like to get to know my therapist, but that doesn’t seem to be the point (although hey, I’d kind of like to interview her just to make sure she’s suitable, that there are some overlaps in our experiences, like once before when I had to ‘see someone’ after a death, and he was a paternal Dutchman with wide streak of empathy who somehow managed to connect with a hysterical twenty-something over the issue of loss). She asks about my husband and kids and I tell her. She is great with names. By the end of the first session she is quoting my best friend almost as much as I do. But she doesn’t know her. Does it matter? If she saw her, would she know her, my best friend, more… or less?
I think should I pass over my phone next time, show her pictures? She’d probably say no. It may be part of her Zen, her Way, to form pictures in her head, the way a reader does with characters in a novel. Takes the pictures home with her, mentally attaches them to my file, the Story of Client, JSB. She watches my gestures. I can see her doing that. Her eyes follow the movement of my hands. I make a lot of fists. Did she note that? She’s incredibly beautiful but not in a robotic way. She doesn’t look like a property agent. She looks real. Wide-eyed and freckled with a smile that’s a little bit country. I also think that she’s very smart. Thing is, she’s young, or younger than me. She looks to be in her mid to late thirties. Is that important? I think that’s partly what I’m in therapy to find out.

I think, in fact, that the question is who am I now? I think that’s important. I knew who I was once but then it was like, gone. Someone dies or your family changes in some way, or you undertake a major move, or you finish or start something. It changes who you are. It really does, fundamentally. I mean I think that. I think that there is no essential you. I think you are who you are now. I need to think that because sometimes I want to be better, or different, and I like to think I can change. Having children fundamentally changed me. I was a lonely, nerdish, party girl, and having kids made me into a she-wolf. Who am I now that they are out in the world? Who am I now that I am a displaced nerdish writer? I’d like to be a she-wolf about my words, too. But I mean, that doesn’t describe me, really. My sister had therapy to deal with dying. She had cancer and took counseling to deal with it. She called me on the way home from work to see how my first session in therapy went. She said,

‘Don’t worry, if it doesn’t tell you EVERYTHING. If it only tells you one thing, or maybe two, then it’s worth it. It told me how to deal with death,’ she said.

This was the first time she’s actually expressed this. My sister is no longer dying. But for many years she held death within her as a cold kernel of possibility that set her apart from the rest of the world. It was who she was. It’s been ten years and she’s dealt with it. Now she’s a counselor in disadvantaged schools. That’s who she is now. She is the kind of person who will say on the phone to her sister, Therapy helped me deal with dying.

I read an article about a soldier from San Diego who was badly burnt in Afghanistan when his Humvee drove over a buried mine. It ignited the fuel tank and killed his team leader. Specialist Joey Paulk regained consciousness twenty feet from the vehicle engulfed in flames. On the day that he finally confronted his reflection in the mirror, he didn’t recognize himself. 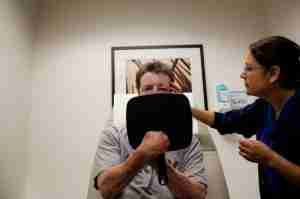 ‘His swollen lower lip hung below his gums. His left lower eyelid drooped hound dog-like, revealing a scarlet crescent of raw tissue. His nostrils were squeezed shut, his chin had virtually disappeared and the top half of one ear was gone. Skin grafts crisscrossed his face like lines on a map, and silver medicine coated his scars, making him look like something out of a Terminator film.’

What? Who? The Terminator? ‘Like something out of a Terminator film’? What does that mean? There is no Joey Paulk that exists somewhere outside of those injuries. He’s not the same person any more. He has to learn how to be who he is now. I found his story inspiring, desperate, anguishing. All those meaningless words. I worked for a while as movie reviewer. The catch phrase among us, was, ‘What’s another word for ‘good’?’ What’s another word for ‘Terminator?’ If he can do it, I must. We think death is the ultimate journey from which there is no return, and maybe it is, maybe it’s the blockbuster. But life is the limited season miniseries. We leave bits of ourselves behind. We pick up new bits. It’s confusing. Shakespeare was right. We strut and fret. Shakespeare hid behind his work. That was probably a good call.

WHAT IS IT about a little cubicle with two red chairs and a black computer that makes you feel human? Why do we need such inhuman surroundings to tell us what we really are? After three years alone in my little home-office elbows-deep in the living clutter, it’s good to be here, good to be… 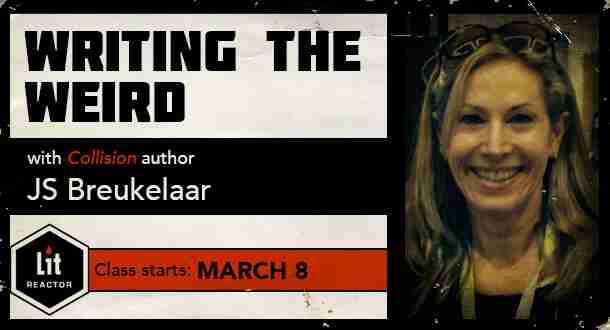 I’m bogged down on page 124 of 300 pages of what was meant to be a quick copy edit and has morphed into a bigger than the Black Lagoon rewrite. Why? How many novels do I have to write before I can call it quits after, ooo I dunno, eight drafts? Instead of eight hundred?…

Great stuff! But go to Jalpnik.com to read the comments. They’re priceless.

Sydney Community College is where I’ll be running a novel writing workshop over eight weeks, starting Feb 3. I think it’s sold out but there’s another one scheduled soon. Last year the students wowed me and broke my heart, in equal measure. Combination bad instant coffee, dry cookies, and being in a downtown office building…