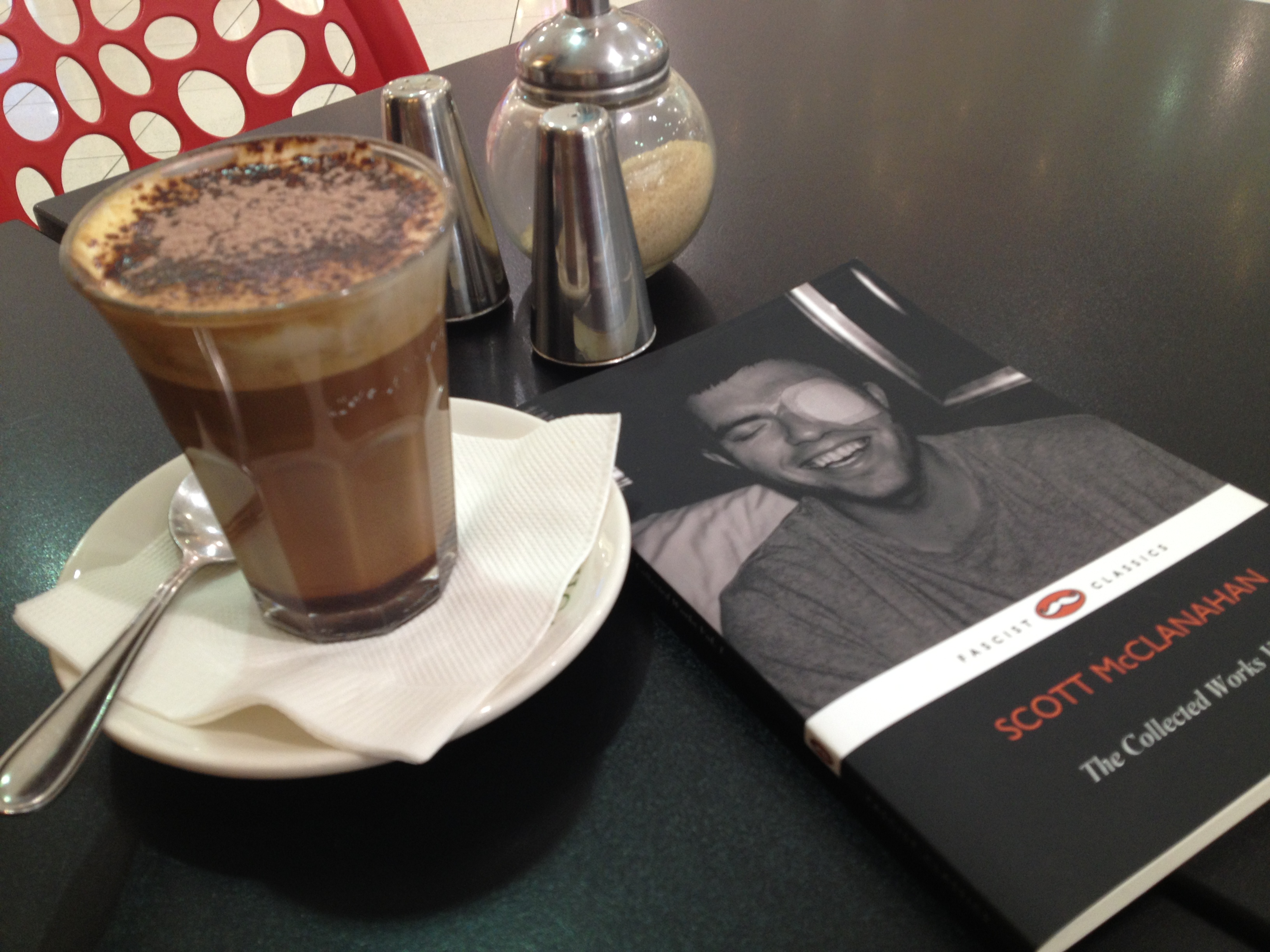 New day, new book. One and a half stories into McClanahan’s stories and I’m all fucked up. I want to say Carver’s style with Dennis Lehane’s heart but this book messes with both. I want to say the other Denis—Johnson’s—soul, but these stories just rip that to shreds. I love Denis Johnson. I’m reading Tree of Smoke at the same time as I’m reading McClanahan and a bunch of other stuff. I read Jesus’s Son on the train from Portland to San Francisco. That story, “Emergency.”

‘The road we were one cut straight through the middle of the world. It was still daytime but the sun had no more power than an ornament or a sponge. In this light the truck’s hood, which had been bright orange, had turned a deep blue.’

That story has everything. Descriptions like that one. Scenes like the one where they think they’ve stumbled upon a cemetery in the snow ‘and the angels were descending out of a brilliant blue summer, their huge faces streaked with light and with pity’ but it’s the drive-in and everyone has left but the movie is still playing.

Drugs are the thing in Jesus’s Son. That’s not really the thing in Tree of Smoke. And drugs aren’t so much the thing in McClanahan, I mean as a way to cauterize the broken souls. In McClanahan’s stories, it’s just people, and they’re just naked. And some of them are amputees (“The Most Beautiful Girl in Texas”), or drunks (‘The Homeless Guy”), and the hallucinations are kind of Whitmanesque, romantic, or at least Gothic, more than anything.

‘I went through this weird period about then years ago when every time I went outside I saw somebody get hit by a car.’

Moms figure in McClanahan’s stories, and animals. And amputees. So there is this whole black comedy and naivety with McClanahan, minimalist in style and Gothic in substance, but there is no question of sniggering which you sometimes get with Southern writing (they’re set in West Virginia) or the Grotesque. McClanahan is, or was, what he writes, he’s maybe struggling to find a vantage point but he hasn’t found it yet in these stories. That is what is refreshing about them, why they burn, because of that lack of vantage point. Rainelle becomes this background character, this ghost. More like Faulkner than any writer I’ve read for a while. He uses that lack of distance as kind of a device, deliberately or not. I mentioned Lehane. I went through a big Lehane period. The thing in Lehane’s Coronado, specially that story, “Mushrooms,” which I must have read a hundred times is drugs and small-town sorrows as in McClanahan’s Rainelle stories but Lehane is more sweeping and unlike McClanahan, totally in control. “Until Gwen.” Jeez. I taught an English course a couple of years ago and a portion of the unit was a writing exercise, so we had to kind of teach craft too. It was a crazy course. It was called English, Text and Writing. So. That. Most of the student were only interested in the writing part. Everyone couldn’t wait for the writing assignment. What would it be? Anyway, I got them all to bring in the first line or first para, the one opener that killed them every time they thought about it. That they would have killed to have written (they wanted to call it the ‘hook’ but I hate that term). Every year mine changes. But that year it was this one from “Until Gwen”:

‘Your father picks you up from prison in a stolen Dodge Neon with an eight ball in the glove compartment and a hooker named Mandy in the backseat. Two minutes into the ride, the prison still hanging tilted in the rearview, Mandy tells you that she only hooks part time. The rest of the time she does light secretarial for and independent video chain and tends bar two Sundays a month at the local VFW. But she feels her calling—her true calling in life—is to write.’

Everything about that paragraph is perfect. The set up, the characters, the tone, and that description of the prison hanging tilted in the rearview. That messes me up. McClanahan isn’t perfect and he’s not in control. I don’t think he’s trying to be. There isn’t that craftedness to his stories although you know they’re are—it’s just more raw and fragile, and funny too. Like funny-ouch without the condescension, just a feeling of helplessness that’s bewitching. And also tough to read, especially the animal stuff. I can’t always read about animals suffering. I get that from McClanahan. That those stories (“ODB, the Mudpuppy and Me,” “Hernia Dog”)were especially tough for him to write (I wrote one hard animal scene in American Monster and I have not been able to read it since I wrote it) You just kind of look up and half the morning’s gone and your coffee is cold, and I was in fact at the mall when I started reading McClanahan’s stories and I had groceries to buy.

This on Goodreads from Keith McCleary. It’s my blog, so I can brag if I want to – here’s the whole damn review. Thanks to Mr McCleary for taking the time. For getting it so completely. Please click the link to check him out. Matt E. Lewis described this as “Under the Skin meets Mad… While I’m catching up on news, here is Breach magazine’s review of my upcoming collection, Collision. Stories are ruthless, nothing is safe—even the child who offers a lollipop and loses a wrist to the Clint Eastwood dog. Breukelaar experiments with the Gothic and queries the queer. Bedded within the tales is a voluptuous energy that…

Truman Capote likened the finishing of a novel to taking your child into the back yard and shooting it. As a parent, I’m intrigued by the mind that could have created that sentence. Still, I take his point. I was all but undone by the completion of my previous novel, cried for days, became physically…

Writing this post for David Gutowski’s Largehearted Boy was as close to my heart as it gets. I got to write about the music that fueled Collision. I got to say “Like a Bat out of Hell” and “Like Ripples on a Blank Shore” in the one sentence, almost. Meatloaf in collision with Radiohead. Almost… 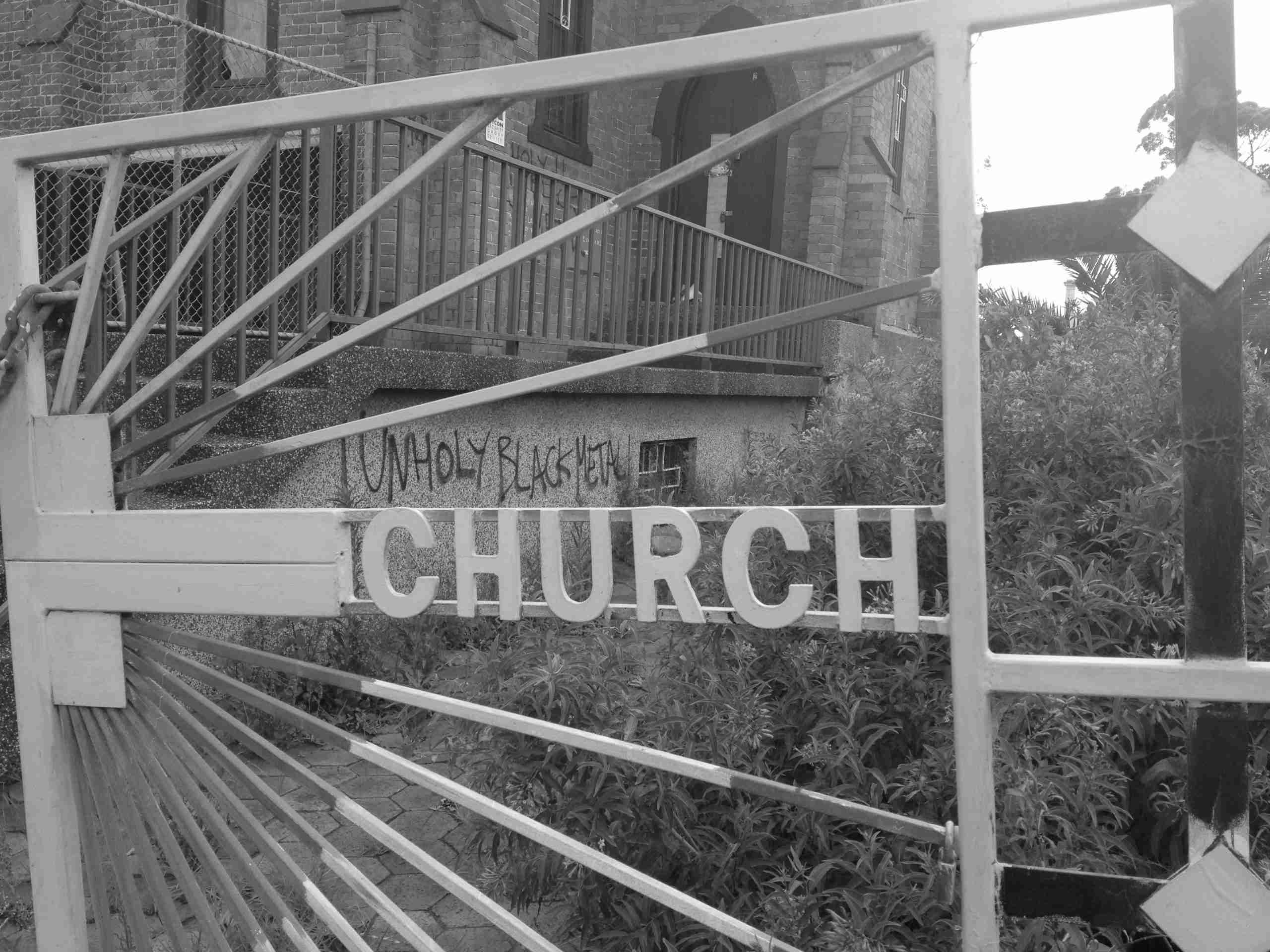 Gabino Iglesias, writer, interviewer, reviewer, world-record breaking reader, hit me up over at Entropy Magazine with some Big Questions.