Writing the Weird, over at LitReactor has wrapped for now. I dug it more than a little, thanks to one of the most inventive and crazy-enthusiastic groups I’ve had the privilege of working with. I read some great stuff—malevolent bees and addictive urinal cakes (because they’re blue) and ghost towns of the mind. It was a blast and I look forward to being back.

I’m teaching Orwell’s 1984, right now. And in a recent class I brought up the ideas of utopia and dystopia and we all talked about our idea of both (Hogwarts and rampant viral infection respectively). One of my more capable students was kind of smiling and looking awkward, and I teased it out of her. Her idea of dystopia? Tony Abbott’s Team Australia. For this student, a Muslim woman, the threat of racial profiling was already so real, the daily experience of having judgement already made against one, of being always already guilty, has created a kind of psychic, if not an actual ghetto for, in this instance, people of Middle Eastern appearance.

‘It’s just the way it is, she said. You live with it. Make the best of it. Lie low and get on with your life.’

‘wondered vaguely whether to lie in bed like this, in the cool of a summer evening, a man and a woman with no clothes on, making love when they chose, talking of what they chose, not feeling any compulsion to get up, simply lying there and listening to the peaceful sounds outside. Surely there could have been a time when that seemed ordinary.’

I don’t think the student was in any way comparing the conservative Abbott government to Big Brother, but simply, and almost apologetically saying that when a nightmare becomes ordinary—everyday reality—it’s harder, and maybe even dangerous, or at least pointless, to fictionalize.

I’ve been thinking a lot about racial profiling lately, how, for instance, in the ante-bellum South, not to mention during Reconstruction, you’d cross the road if you were black and saw a white man coming toward you. Or even a white child. It was just the way it was. Survival depended on racial profiling, on keeping out of the reach of the perceived enemy—survival depended on assuming the worst, which is a kind of paranoia, I guess. The critic Aaron Rosenfeld notes that

I remember in Libra, DeLillo said something similar, but I can’t remember what that was. The difference between a slave’s, or a minority’s paranoia, and first-world xenophobia comes down, not just to terror and who inflicts it but to power and who has it. I notice the way people in the train compartments stiffen when a group of Muslim women with their children in strollers come in, not to mention an Imam. About half of my students are Muslim. Last year I had a student called Jihad. That took me a while to get used to. I looked it up at babynamer.com, and found out it means ‘struggle.’ I thought of all the Christians, Brahmas and Abrahams in the world. I know someone who was part of a Christian religious sect where you have your name changed in order to positively affect your destiny.

The problem with Team Australia, or racial profiling, is not really the racial aspect. I mean, in essence, maybe it is, as Sam Keen says, but not in practical application. The problem, as Martin Luther King said, is the legal aspect. You are, in a democracy, equal in your presumed innocence, and whether you wear a Hijab or a pair of dungarees your right to dream of ordinary things is an inalienable given based on the law of the land. When we were at the pub on Tuesday night, a young ropy white guy walked in with prison tattoos around his neck and a tight braid down his back, and his eyes were moving too quickly and he walked with that bandy-legged side-swagger that you get from being in too many tight spots and getting out of them the only way you can. He went straight up to the ATM machine. Then he sat down at the bar and started talking to the servers. He had a nice voice like a singer’s, full of subtle notes and soft harmonies. He worked down at the docks. It had been a tough day. He smiled a lot.

If I change a character’s name in the course of writing a novel, I have to rewrite the entire novel. 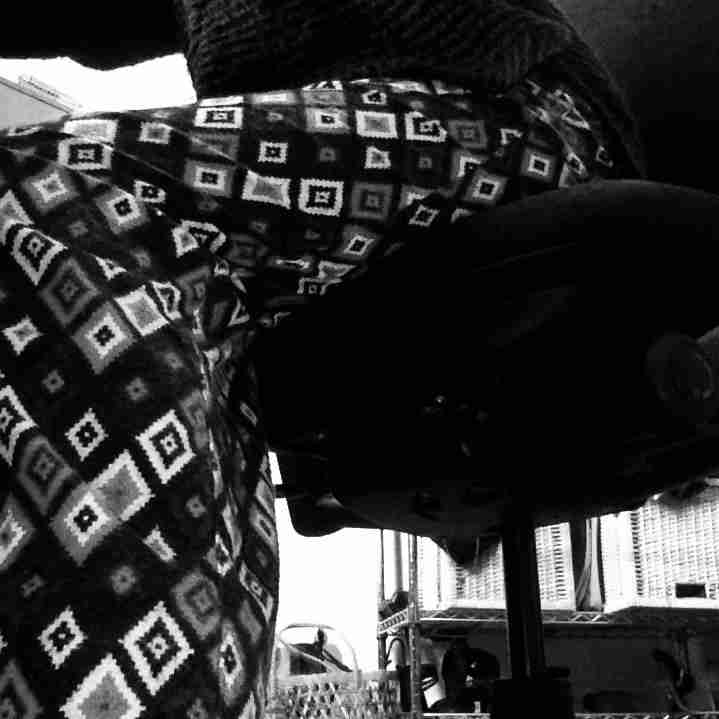 Later start than I would have liked for reasons not so much sleep related, but because we watched the recording of True Detective Ep7 “Black Maps and Hotel Rooms” when we got home after going to dinner. I really can’t see what getting Ray and Ani together will do for the story, and I can…

So I’ve been a fan of this show for years – I even wrote about it at Volume 1: Brooklyn and now I’m on it. You want a show that covers craft, art, suffering, conferences, story, inspiration, desperation, awards, missing out on awards, revision, publishing, self-publishing—this is it. Stephen Graham Jones, Paul Tremblay, Angela…

By way of counting-down, I’m going to post a different image of weirdness every few days until blast off. Here cover art from Der Orchideengarten, arguably the world first fantasy mag launched in 1919, and which ran for 51 issues until 1921.

The Bridge, picked up by one of my favorite mags, Spinetingler.

I’m excited to announce that I’ll be teaching a Science Fiction and Fantasy course at Sydney Community College, beginning April 30. Looking forward to introducing students from all walks and abilities to the finer points of fantastic writing, and to nerd out over the likes of Dick, Martin, Poe and King. Not to mention the…