This on Goodreads from Keith McCleary. It’s my blog, so I can brag if I want to – here’s the whole damn review. Thanks to Mr McCleary for taking the time. For getting it so completely. Please click the link to check him out.

Matt E. Lewis described this as “Under the Skin meets Mad Max with a sprinkle of The Road,” which is funny not because any of those references really occurred to me, but because when I was reading I also couldn’t help but attempt to process the story by way of combining things I already knew. I think what I came up with was “Species meets Netrunner with a sprinkle of Nicholas Sparks,” and since Matt’s references are much cooler you should listen to him, but the result is actually sort of the same.

So: an alien creature is sent to Earth to save its species by finding the perfect mate, and takes the form of a woman who kicks a lot of ass. The world she travels through is, by turns, either a pre-apocalypse or post-cyberpunk version of San Diego, which has become an urban sprawl called Spill City. She is driven by lust so deep that it’s tearing her body apart. There’s a lot of men in her life, but she’s looking for The One With The Perfect Horn (which is exactly what you think, because yes, it matters). The men she follows have their own stories– some bigger, some smaller. She lives in a trailer park and rescues an orphan and fights with the alien godmind in her head and tries, most of the time, not to be a horrible person despite not being a person at all.

So that’s what happens, more or less, but the experience of reading–the reason it becomes so crucial to organize the information the book presents into manageable things you’re already familiar with–is that American Monster is really disinterested in using these elements of genre and trope in order to make the story more digestible. Instead, science fiction and horror and love stories and world-building are all pulled from and reassembled into a Frankenstein’s monster (ha ha) of analogy and metaphor collapsing in on itself. If you’ve ever been consumed by the primal need to fuck so deeply that you can’t think straight, and that need has wrapped itself so tightly with your desire for love that you can’t tell the difference, and if you know intimately how family provides as easily as it destroys, and if you often feel like there is a creature with barbed wings and a blue tongue swimming under your skin…

I mean, this is what science fiction and horror does. It’s what it’s about–recreating the real as unreal in order to describe it; to understand it. But too often, the use of genre also oversimplifies that which is being discussed–if life were easy to understand, we wouldn’t need to reimagine it as a monster story.

In American Monster, the world exists in a frantic and feverish haze that feels very disorienting, very complicated, and very real. We mostly see it through the eyes of Norma, the titular monster, and that narrative shift to object-as-subject makes the story one of addiction and loneliness, rather than adventure. And in case we assume that this counter-trope also might be too simple on its own, the fact that she is a female protagonist who is vilified as much as she is humanized, and one who easily switches from sexual aggressor to maternal protector, further complicates the stereotypes of how women (and monsters) are treated (and mistreated) in these kinds of stories. 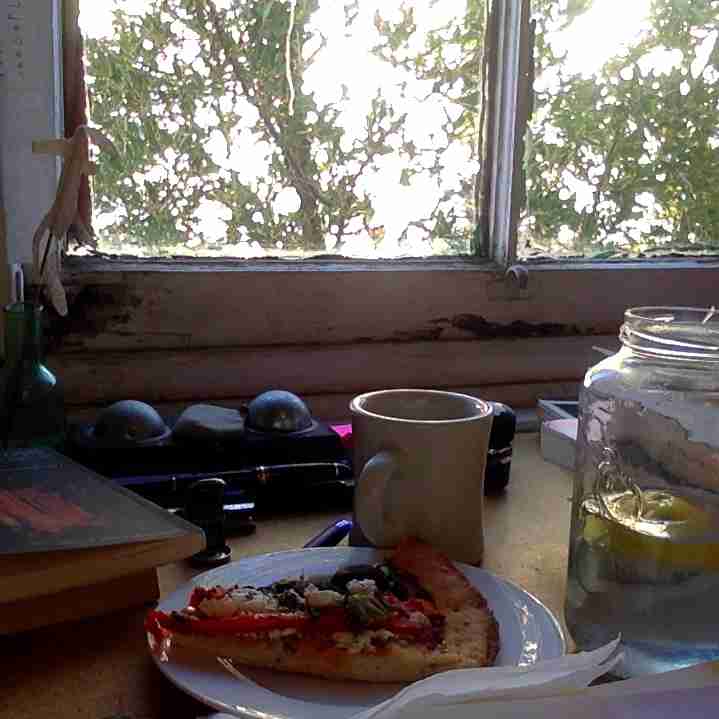 How to write a novel in 90 days? This is me, reporting for preliminary duty, hot coffee and cold pizza on hand. Excited to be starting. To be writing and planning and about to enter this 90 Day vortex of the soul. No time to explain, because fact is I only have two hours before…

Halfway through. The end is about two chapters away. Ready to rewrite by the time I get back from NY. Not sure how much work I’ll get done there. Here’s what I wrote today. Come Halloween icicles hung from the fire escapes and the condemned notices on the halfway house were illegible beneath the dark…

My article dropped at LitReactor. This was fun to write. In his introduction to Best American Sci-fi and Fantasy, Joe Hill writes: My awe, though, was not merely a reaction to Bradbury’s thrilling ideas. It was just as much a response to the shock of his sentences, the way he could fold a few words…

So here’s a link to the event at Stories Bookstore in Echo Park. Here’s the blurb, put together by the host, Ben Loory It’s a reading! People will read. The following people: Ben Loory Jim Ruland Zoë Ruiz Cecil Castellucci John Skipp JS Breukelaar It will be good! JS Breukelaar will be here all the…