It has been such a long time since I’ve checked in, that even my own blog doesn’t recognize me. Apologies for the absence. A tough month of personal loss. Hard to make sense of the universe right now. In “Emma Zunz,” Borges writes that after getting news of the death of her father, Emma realized that “it was the only thing that had happened in the world, and it would go on happening endlessly.”

Lots of work to keep me near dark, though. Correcting novel proofs, working on an exciting new piece for LitReactor, two stories anthology-bound. End of semester paper grading just for shits and giggles.

And I finally did manage to get Gabino Iglesias’s novel reviewed for This is Horror. Get this bad boy into you, mis amigos, where it will lay eggs on your subconscious, I guarantee, for hatching when you least expect it.

Managed, also, out of necessity, to keep reading. Polished off Scott Nicolay’s Ana Kai Tangata, and Years Best Weird Fiction, ed Kathe Koja. Caitlin Keirnan’s “Bus Fare” is numinousity on a whole new level, Nathan Balingrud’s “The Atlas of Hell” one of the most claustrophobically horrific stories I’ve read in recent memory, even for him, and back to Nicolay, hard to pick one, but if I had to, “Eyes Exchange Bank” and the title piece. This from EEB:

Route 202 was a tunnel through a shadowed world whose brightest color was brown. Woods that in spring or summer would offer green relief from the drab and dreary towns were gnawed to bleak orchards of black bone.

I know this road. Saw you there.

Here is a new piece I wrote on my experiences at the Tin House Summer Writers Workshop. “The place was crawling with babeness. I mean aside from the instructors—I’m talking Aimee Bender here, people. Antonya Nelson. But the delegates glowed too. The little memoir-writer in his white golf hat, and the tight, brittle New York…

Still some places left, but it sold out last time, so jump in while you can. Can’t wait to meet the whole class, read everyone’s work, and get into some writing. 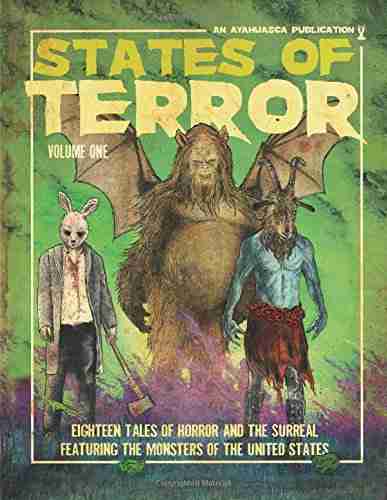 Thrilled to have been asked to contribute a story to States of Terror II—inspiring company like Stephen Graham Jones, Karen Joy Fowler, Bradley Sands, Zach Wentz and a bunch of others I don’t yet know about. Coming out in June, I think.

My story, Lion Man, has been selected for an upcoming anthology from Dog Horn Press (UK), Women Writing the Weird.  Honored to be featured with writers like Gina Ranalli and Aliette de Bodard, not sure who all else is in it. Pretty cool, seeing as Lion Man is a very early story of mine, first… 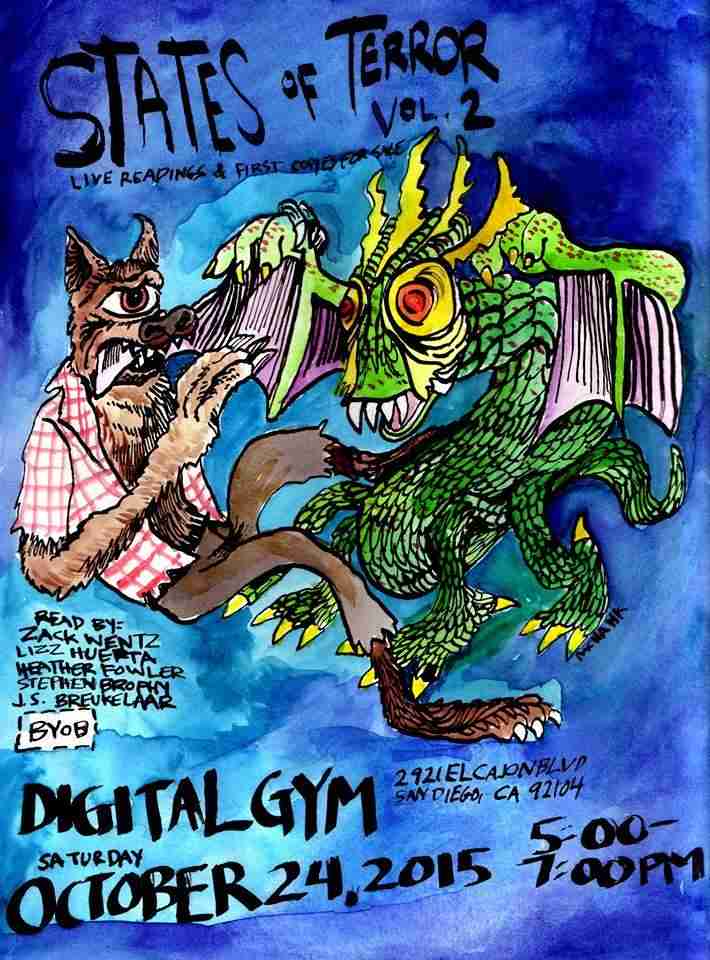 And so the countdown begins. In just over a week, I’ll be heading to my second hometown, to read along with fellow contributors, Zack Wentz, Heather Fowler and others, from States of Terror: Vol 2. I snagged a local monster for my story, you could call him a history monster, stubborn as hell and old…