I was going to write a post about this amazing cover for the novel. I was going to write a lot of posts. About Denis Johnson’s Tree of Smoke and the last episode of Game of Thrones. About getting ready to go home to San Francisco and then the trip and what it was like to be drinking Tequila in the Boom Boom Room with Renny from Marcus Bookstore. 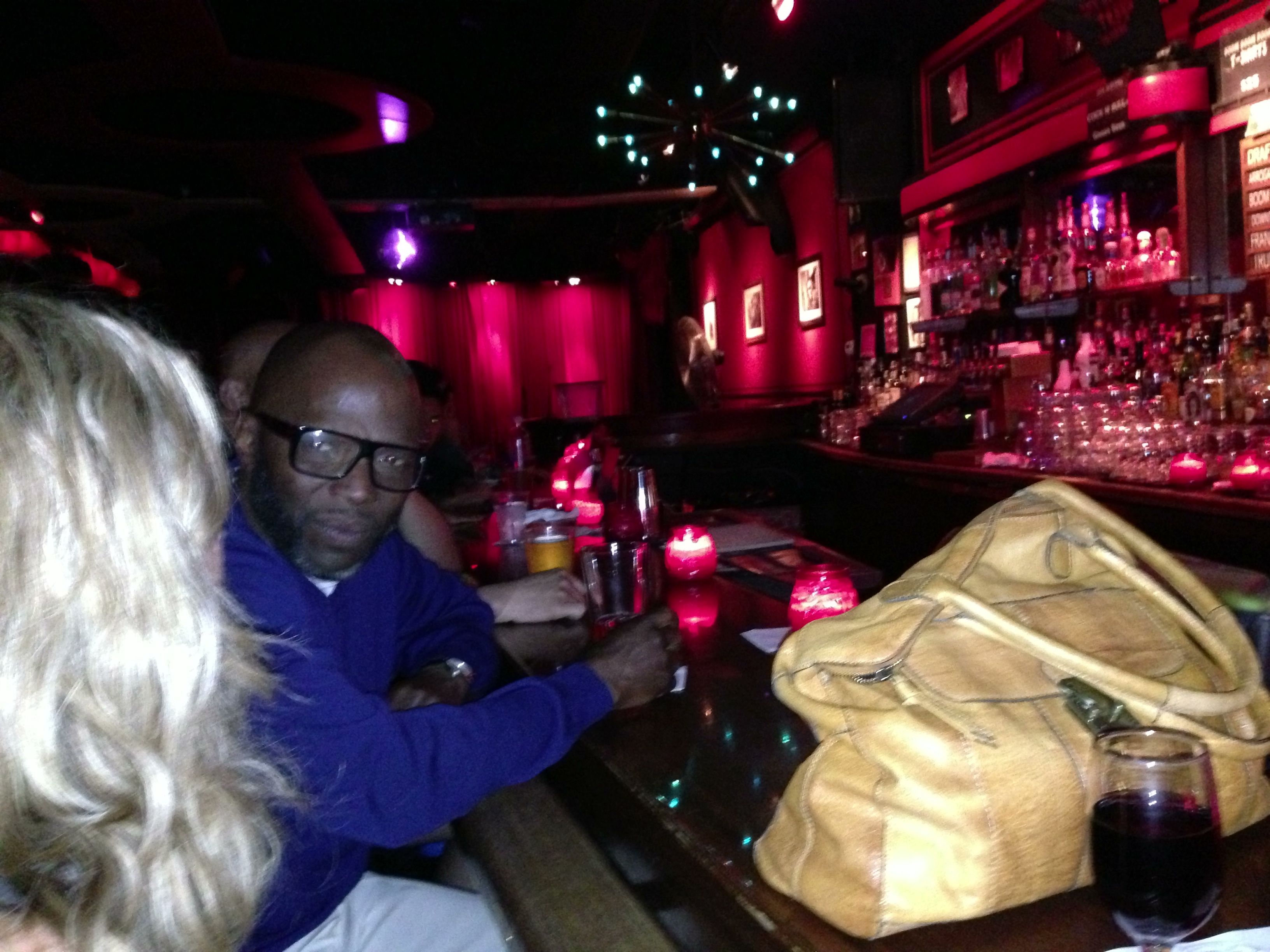 But I kept running out of time. The first time I ran out of time was because I needed to be in Newtown to meet a friend at the cafe above Berkeleuw Books. We were going to mark papers together. This friend started off as a colleague at the university and now. Well, we’re friends. I was thinking while I was getting ready to meet her about how totally a life can be transformed in six years. Mine has. 2006-2007 were dead years. End of days. I had just had my ass downsized from the best job in the world writing PR copy and reviews for a cable company and it had been a nasty business. My family was then priced out of the suburbs and had to move our two kids into the city and I wanted to be in the city. But wanting to be in the city and being there were two separate things. I hated the suburbs but hating the suburbs and living in the city are two separate things. I had no community. No friends even if those friends were just moms in the play ground and the local liquor store owner. I’d dipped out of my PhD a couple of years ago to take care of my family so I lots touch with my colleagues, with the world of the mind. I was working on a novel no one was interested in. The wonderful Dr suggested that I concentrate on my writing because his company was going okay and we didn’t really need me to find another job right away so there I sat in our bedroom in the city, not writing. Not going anywhere or seeing anyone. I actually had an agent at that time who was making things worse instead of better for me by being the sort of agent who can do that.

Cut to now. 2013. I have a fairy-tale god-agent, a novel out in few months, a collection of short stories and poem published by the fearless Les Editions du Zaparogue, and another collection on the way. My work occasionally comes out on lit blogs and culture magazines; my fiction sprinkled lightly across meatspace and e-space. I got that damn PhD, and although it hasn’t gotten me tenure, it’s kept me in sweet adjunct work and that’s given me somewhere to go and people to meet and become friends with to the point where we actually want to see each other outside of work. I’ve been to the Tin House Summer Workshop, to conferences and reading. I have colleagues all over the world and a new liquor store guy. And most importantly I have real friends. So. That.

I want to say how this happened. I want to say how you dig yourself out of a hole of shit. The thing of it is that you don’t. Alone isn’t an option. If you are alone and I was. I was so alone I thought I must be invisible. If you are invisible you have to make a paper doll of yourself that isn’t. Make that paper doll move and make it talk and it will be your lucky-ugly little doll. I took an online writing class from a guy who knew a writer with some pull. A woman I met at a conference put me in touch with someone else. The whole time I’m writing my ass off, but I’ll get to that later. I have water-of-love kids, the Dr who thinks I’m hot all the time but more importantly reads my work not always as closely as he should but close enough to say it’s not there yet. I have some other people who are indispensable including Thing 1 and Thing 2; there there are the ones I see in my dreams. And yeah, wine and coffee and Capt’n Crunch. But there is also this business I was talking about earlier that I seem to have gotten mixed up with somewhere along the line, that is is bigger and better than I’ll ever be. This bad company. This wrong crowd. These words. They never stop.

I am going to concentrate on getting ready for the conference today. It’s called Tin House and it’s in Portland, Oregon. And although I was born in Ca, I live in Sydney, Australia, and I haven’t been to the Northwest since I was a baby. It’s a big thing. Not just the travel, but also…

Honored to have Union Falls picked up by Fantasy Magazine.

Here is the book trailer for Collision, and it is killer. Thanks to Meerkat Press for being a creative force in their own right, and one to be reckoned with.

Subbed four stories this week, sold one so far. So now, everything ‘in progress’ is now outbound and I am in novel mode. My brain can barely function. Those stories meant a lot to me, they took all I’ve got. I got nothing left. Maybe some yoga. Maybe run for a while. Something. Maybe a…

Want to be an early reviewer for my new collection, Collision which will be releasing Feb 2019? The publisher, Meerkat Press, is giving away 100 digital copies over @LibraryThing ! Be sure to sign up by 9/24/18! http://ow.ly/Uxmu30lH6le

Looking forward to this live workshop. Sydney’s f/sf writers: I know you’re there. Come hang out. Be with your people a couple hours a week for six weeks. It’ll be the making of you, promise. Do you harbor a love of the fantastic, whether science fiction, horror, weird crime, urban fantasy, steampunk, magic realism and…