Where do I start? Probably with a huge huge shout-out to CreateNSW who made travel to WFC Baltimore possible by awarding me the Artist Quick Response Travel Grant.

This is the first time I’ve gone to World Fantasy with any assistance, and it lifted a whole lot of stress and allowed me to concentrate on networking, learning, making new friends and connecting with old ones. Another first for me this time was having my publisher front and centre. I owe a huge debt of gratitude and respect to Tricia Reeks, CEO of Meerkat Press for everything she did, and is. Finally, it was such a joy to reunite with my agent Matt Bialer and my brother-from-another planet Seb Doubinsky who is also part of the Meerkat family. I don’t want to write too many spoilers here because of a forthcoming article at LitReactor.com, but yeah, hi-jinks did ensue.

Here are some of the pictures, but they don’t tell the whole story. This is the convention that keeps giving for sure, in terms of friends, colleagues, and inspiration. I sold books. I connected with new readers. I read new work by some talented people. I panelated with, um, Alliete de Bodard. I drank a teensy bit too much with Ms Warren and Mr Jeffrey Ford. I slept way too little. Can’t wait to go back. 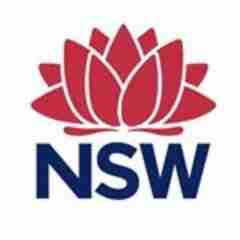 My first grant, so. When the guy from CreateNSW called me and told me, I literally cried and he was embarrassed. It was a moment. Anyway, thank you CreateNSW. I’m goin’ to Baltimore, my third World Fantasy, and the first one not on my own dime, entirely.  Can’t wait to meet my new publisher, Tricia Reeks of Meerkat and to reunite with my amigo Seb Doubinsky, and hang out with my people. I always get so much out of these cons—meeting new readers, bonding with new viewers, scoring invitations to contribute to anthologies. But the best thing about this World Fantasy is getting to support some fellow Australian authors, especially the amazing Kaaron Warren, who is Guest of Honor. I plan to hang out in NYC for three short days afterward, where I’ll be reading at Gotham writers Workshop and elsewhere.

I’ll be tweeting about my road to WFC Baltimore so watch that space. 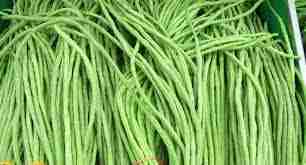 The “Yes” just in my inbox yesterday – super super psyched to be picked up by this smart mag out of the UK, and for a story about snake beans! Thanks to Andy Cox from TTA Press for digging it, heaven-sent beta reader, Angela Slatter and the Thorbys crowd who workshopped this with me. 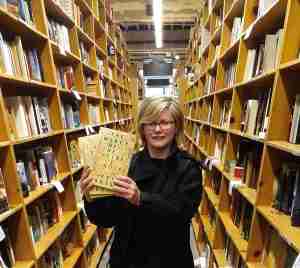 A nice mention from the new publisher in this interview, very excited to be a part of such positive energy and with such a cool lineup—Seb Doubinsky, Keith Rosson. 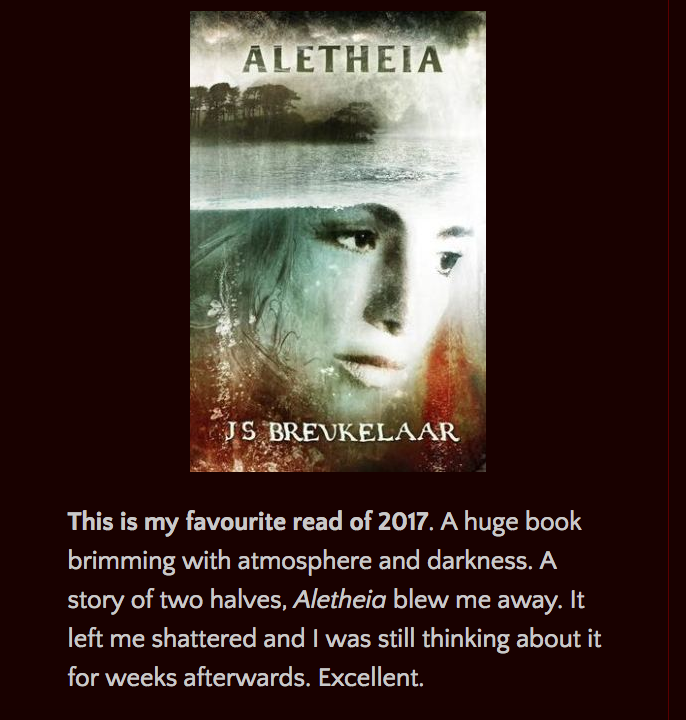 Just saw this – couldn’t be more honored to be on this list. Very cool. Thanks so much to Adrian Shotbolt for reading and for digging. The Grim reader reviewed Aletheia way back when – here’s the full review. 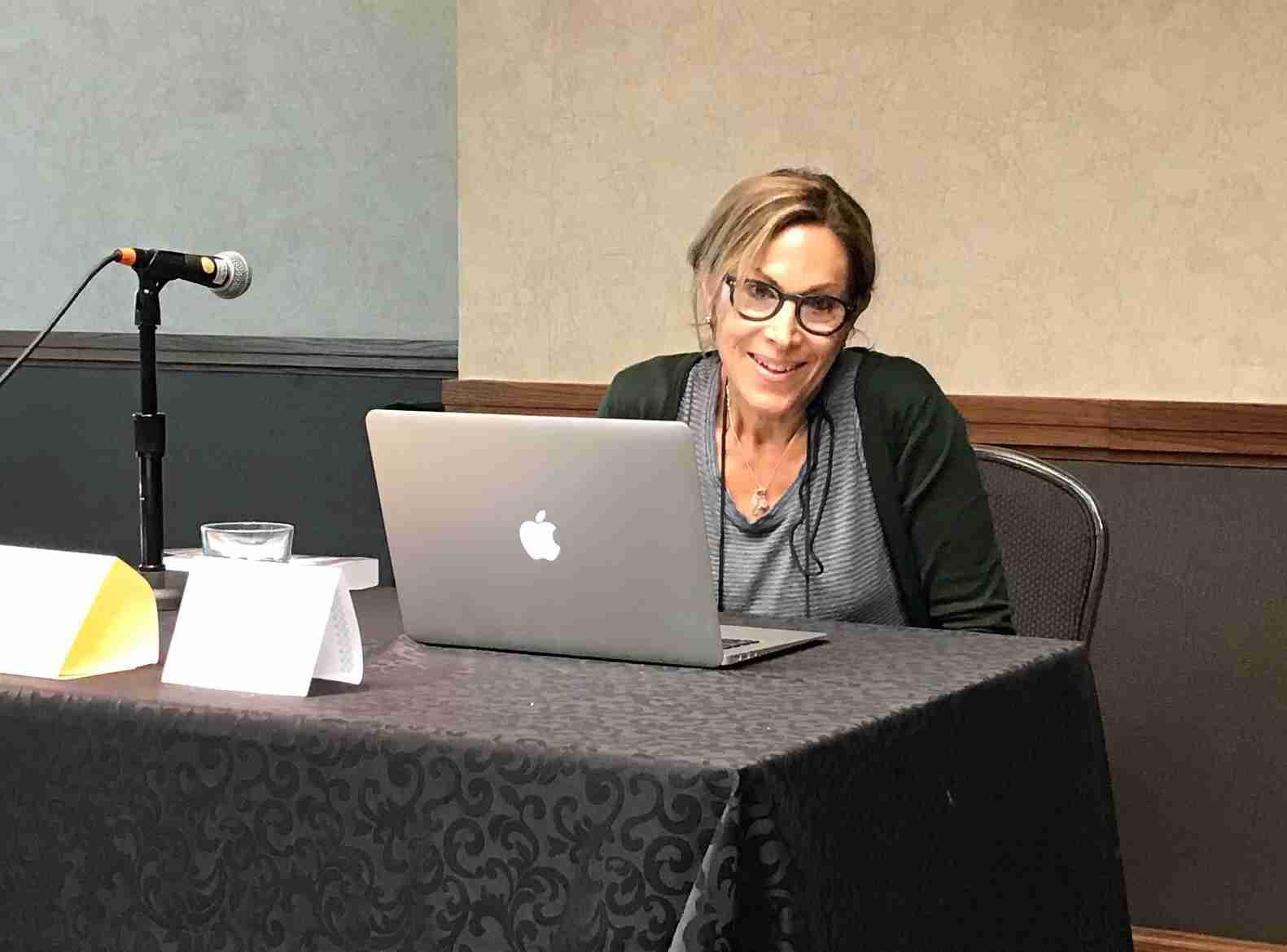 Been so long,I’ve forgotten. For all I know it could be empty. #irony #awkward Oh wait. Here are some pictures from World Fantasy Con in San Antonio, way back in October/November 2017. 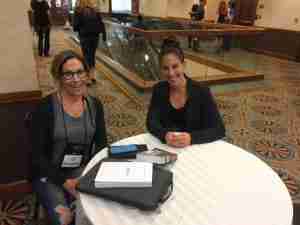 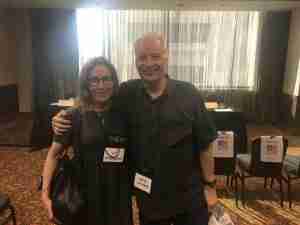 And if you want to see more, I wrote about it over at LitReactor. 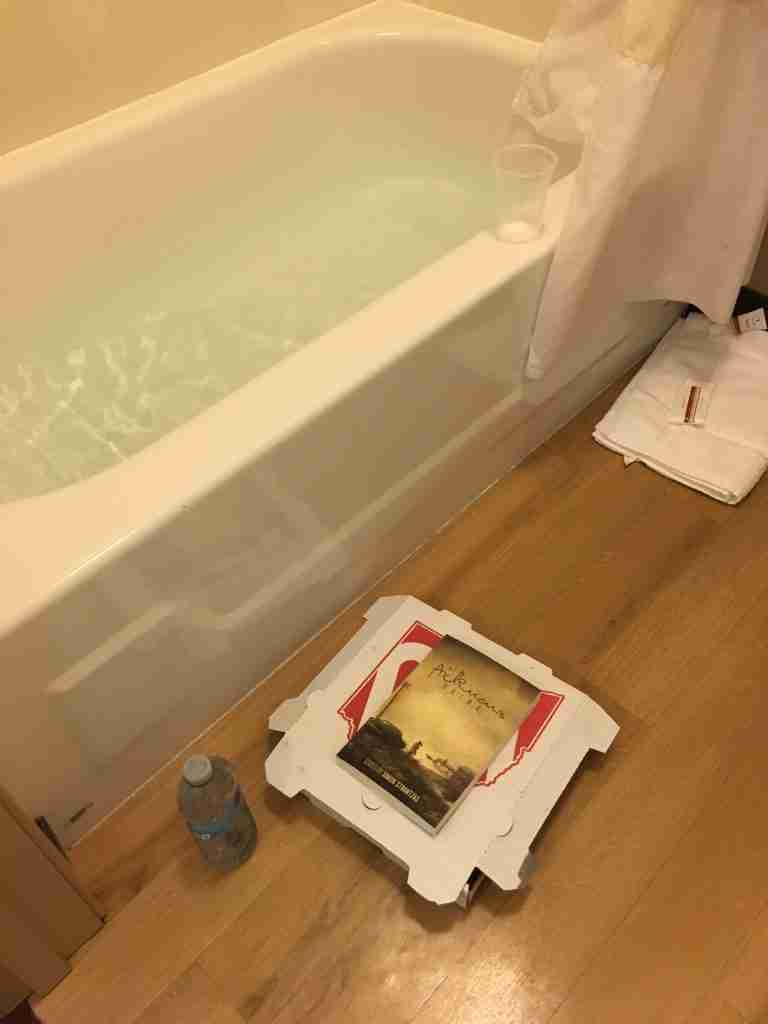 4:30 AM. My cousin drives me to San Jose airport from Gilroy, CA, to make my 6:20 flight to Columbus, OH. Howard Stern is on the radio and Lady Gaga plays “A Million Reasons” live in the studio. I start to cry in the dark truck, and I cling to my cousin on the curb, gripped by separation anxiety. Seriously. WFC? What was I thinking?

Inside at the check-in desk, I apologize to the check-in attendant. ‘It’s all right, no problem,” she coos like a dove. She takes my phone and gets my luggage tagged. I tell her I suck at good byes.

I shake my head. I have no idea where I’m going….

Where I went was World Fantasy Con in Columbus, Ohio. You can read all about it, in my latest LitReactor column, here.

My review of Gutted: Beautiful Horror Stories is over at LitReactor. Neat collection, lots of stories and images that linger. Couldn’t really name a favorite, because of the breadth of styles and subject matter, loosely connected around the idea of naked souls bared to elements not always of this world, but I have to say that Josh Malerman’s story, “The One You Live With”‘d have to be one of the ones I read twice.

Also, Gamut Magazine picked up Rogues Bay 3013, my AI story with, I guess, Frankenstinian undertones. Or maybe they’re undertones. This Gamut, by the way, is the one to watch. Get your subscriptions in, is my thinking. And submit if you have anything. They tend to reach their 300 sub limit 24 hours after opening, so it might take some planning, but worth it. The main thing is to subscribe. That’s their model, and I think the ave subscription is $60/year, which is just a few bucks a month, well worth the incredible material they’re packing into every issue, from what I can see. And they’re using the money to pay writers pro rates, so you get pro fiction. All the way.

It has been such a long time since I’ve checked in, that even my own blog doesn’t recognize me. Apologies for the absence. A tough month of personal loss. Hard to make sense of the universe right now. In “Emma Zunz,” Borges writes that after getting news of the death of her father, Emma realized that “it was the only thing that had happened in the world, and it would go on happening endlessly.”

Lots of work to keep me near dark, though. Correcting novel proofs, working on an exciting new piece for LitReactor, two stories anthology-bound. End of semester paper grading just for shits and giggles.

And I finally did manage to get Gabino Iglesias’s novel reviewed for This is Horror. Get this bad boy into you, mis amigos, where it will lay eggs on your subconscious, I guarantee, for hatching when you least expect it.

Managed, also, out of necessity, to keep reading. Polished off Scott Nicolay’s Ana Kai Tangata, and Years Best Weird Fiction, ed Kathe Koja. Caitlin Keirnan’s “Bus Fare” is numinousity on a whole new level, Nathan Balingrud’s “The Atlas of Hell” one of the most claustrophobically horrific stories I’ve read in recent memory, even for him, and back to Nicolay, hard to pick one, but if I had to, “Eyes Exchange Bank” and the title piece. This from EEB:

Route 202 was a tunnel through a shadowed world whose brightest color was brown. Woods that in spring or summer would offer green relief from the drab and dreary towns were gnawed to bleak orchards of black bone.

I know this road. Saw you there. 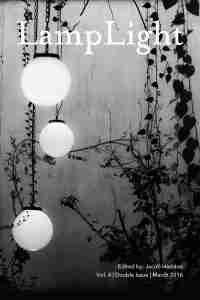 Monday morning. Holy finish line. I could kiss my desk, which is almost clean enough to eat off again, now that I’ve scraped off all the blood. Barely a trace of the last three months left, and the bones are beginning to set. Feeling a twinge of wonder at having pushed through 4 part time jobs and a bunch of other hurdles, working 7 days and 3 nights a week, since the beginning of March, and coming out of it with just the regular teaching left ongoing, a two book deal, a new column gig, and two new stories sold. It doesn’t get easier and the stakes get higher, and it’s true, you do fail better.

It’s all true. Everything they tell you.

One thing is that I want to add Jacob Haddon, at Lamplight Magazine to the list of editor/writers without whom this whole “golden age” of smart genre fiction wouldn’t be possible. I’ve talked about this before. Zack Wentz, Keith McCleary and Matt Lewis, Tobias Carroll, Cameron Pierce and Kirsten Alene. J.W Wang, Richard Thomas, John Joseph Adams, Ellen Datlow, Joshua Chaplinsky, J. David Osborne, Joe Pulver, Neil Clarke. And now Jacob Haddon, whose eye and sense of story is behind the classy Lamplight Magazine, where you’ll find my new story, “Fairy Tale,” as well as work by Tim Deal, Gwendolyn Kiste, Subodhana Wijeyeratne, Matt Mikalatos, Douglas F. Warrick, Leanne Karwatowski, and Kevin Lucia returning for his Horror 101 series.. Please consider buying the double issue for $4.99 or subscribing to this dark drink of water. $10/year for four issues to mess with your dreams.